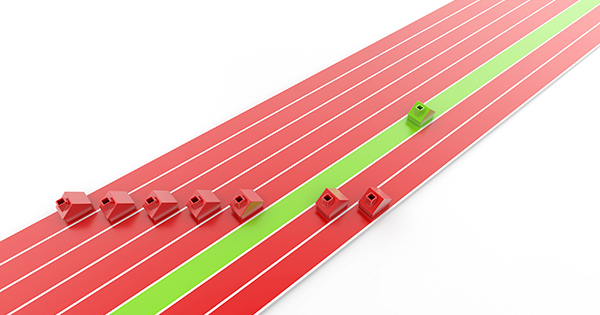 In a recent post, we explained that the supply of homes for sale in December was at its lowest level in over a year. The January National Housing Trend Report from realtor.com now reveals that inventory in January has decreased another 6.7% month over month and 8.7% year over year. This is occurring at the same time that buyer activity (demand) remains strong.

“January’s inventory data suggest a continuation of the tightening trend we identified last month in the December data, and with a shortage of inventory typically comes increased home prices. Half of the 200 markets realtor.com tracks experienced year-over-year price increases of at least 6% in January.”

This after the National Association of Realtors (NAR) had already reported in their latest quarterly report:

“The majority of metropolitan areas experienced steady but slightly stronger price growth in the fourth quarter of 2014, behind a decline in housing supply and an uptick in demand fueled by lower interest rates and a stronger job market.”

Whether you are a first time buyer or a move-up buyer, now may be time to purchase a home – before prices increase any further.