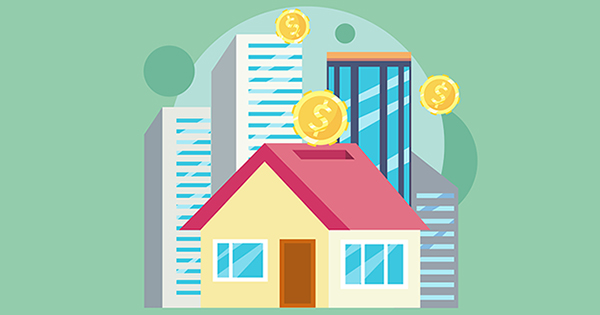 Last week, the National Association of Realtors (NAR) released their Existing Home Sales Report. The report announced that the median existing-home price in June was $236,400. That value surpasses the peak median sales price set in July 2006 ($230,400). This revelation created many headlines exclaiming that home prices had hit a “new record”:

Though the headlines are accurate, we want to take a closer look at the story. We do not want people to believe that this information is evidence that a new “price bubble” is forming in housing.

NAR reports the median home price. That means that 50% of the homes sold above that number and 50% sold below that number. With fewer distressed properties (lower valued) now selling, the median price will rise. The median value does not reflect that each individual property is increasing in value.

Below are the comments from Bill McBride, the author of the esteemed economic blogCalculated Risk. McBride talks about the challenges with using the median price and also explains that in “real” prices (taking into consideration inflation) we are nowhere close to a record.

“In general I'd ignore the median sales price because it is impacted by the mix of homes sold (more useful are the repeat sales indexes like Case-Shiller or CoreLogic). NAR reported the median sales price was $236,400 in June, above the median peak of $230,400 in July 2006. That is 9 years ago, so in real terms, median prices are close to 20% below the previous peak. Not close.”

Earlier this week, the Wall Street Journal covered this issue in detail. In this story, Nick Timiraos explained that this rise in median prices is nothing to be concerned about:

“Does this mean we have another problem on our hands? Not really…There may be other reasons to worry about housing affordability by comparing prices with incomes or prices with rents for a given market. But crude comparisons of nominal home prices with their 2006 and 2007 levels shouldn’t be used to make cavalier claims about a new bubble.”

Home values are appreciating. However, they are not increasing at a rate that we should have fears of a new housing bubble around the corner.